Why have Brisbane properties suddenly become even more appealing to southern buyers?

SOUTHERN buyers have turned their attention toward the Brisbane property market again where they can get much more bang for their property buck.

“So it is certainly well above the long running average and that has been the case for quiet a while.’’

Mr Kusher said while recent interstate migration figures revealed a return to Brisbane by southerners, the one thing holding many back was the employment opportunities.

“I guess the point to make is people are less inclined to leave Sydney and Melbourne for Brisbane unless they can gaurantee themselves a decent sort of job,’’ he said.

“And that seems to be the thing that continues to power those two markets, although Sydney is slowing a bit and despite very low interest rates, despite, signficiantly better housing affordability (in Brisbane) we are just not seeing that strength outside of Sydney and Melbourne.’’

He said many of those interstate buyers were heading to the Gold Coast and Sunshine Coast markets at the moment.

“It does look like largely the migrants are staying in the southeast corner but if anything they are choosing more so to go and settle on one of the coasts rather than in Brisbane.’’

Buyers’ agent Meighan Hetherington of Property Pursuit, said Brisbane had a consistent, reliable and stable housing market and southern buyers were starting to come back.

“Certainly not in the number we saw two and half years ago when it was frenetic,’’ she said.

“We are definitely seeing that real understanding from southern states that the value of many properties is much greater in Brisbane than other states.’’

Ms Hetherington said with some of the heat coming out of the Sydney market investors were returning to Brisbane as they saw it as a market which was still rising.

She agreed employment was one of the main hurdles to southern buyers making a permanent move to Brisbane.

“Expats want to come home and interstate migrants want to move here, but they are not able to find many high paying corporate jobs in Brisbane,’’ she said.

Roger Stuckey and Bonnie Scurry have been slowly moving further and further north to Brisbane.

They couple have lived in Melbourne and Sydney and have just left Newcastle to buy in Brisbane.

They have bought a home at Indooroopilly, but are renting while they wait for the deal to settle so they can move in.

Mr Stuckey said they were able to find suitable work in Brisbane and being somewhere with room for their children and close to good schools was a definite part of their decision to move here.

He said while Newcastle was not a lot more expensive than Brisbane, they had lived in Sydney and Melbourne and knew how expensive it could be to buy comprable properties there.

“We think that it (Brisbane) is pretty good value,’ he said.

“Obviously it is a lot better value than Sydney.’’

He said for owners occupiers it was about lifestyle and being able to buy close to good schools and for investors it was about yields and potential for future price growth.

“In Brisbane we are starting to see the green shoots appear in terms of growth we are seeing more Sydney buyers than we ever had, but still not a huge proportion of the market.

Nathan Cochran who runs his own content consulting business and works as a freelance journalist has been actively looking to move to Brisbane from Sydney’s North Shore.

“You don’t spend less, than you would in Sydney, but you get an awful lot more for your money,’’ he said.

With a young family he said they were able to buy something more substantial in size and that was important for them.

He knew families with a couple of children forced to live in two bedroom units in Sydney because that was all they could afford close to work.

His work can be done anywhere with good internet access and availability of an airport to travel to interstate meetings so Brisbane was a better value proposition.

“Now we are starting to see a few more because of I suppose the unaffordablilty of southern states.’’

He said it was in the $1.5 million to $2 million price range where buyers could really get more bang for their buck in Brisbane compared to Sydney. 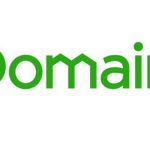 Buying for Investment, are tenanted properties the bestMedia